My Grandparents purchased The Gables in 1953. During the time they lived here (until 1973), Daphne du Maurier lived fairly close by at Menabilly, and then at Kilmarth. Kilmarth is situated at the top of Polmear Hill, on the way to Polkeris. If you look directly out of the main front bedroom at The Gables, you’ll see the ancient pine trees on the horizon that line the drive into the grounds of Kilmarth.

From what my parents have told me, Daphne du Maurier frequently visited the village of Tywardreath either by her little red car or by walking. She often parked opposite the shop and walked up through the village to the Treesmill Road, which forks off to the left as you pass The Gables up Mount Bennett Road. As she walked up here she passed The Gables she would have breathed the beautiful scents of the rose garden to the front of The Gables, which was my Grandmothers pride and joy.
I think my 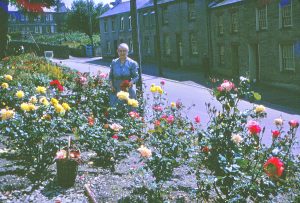 Grandmother is referred to directly, in The House on The Strand, when Daphne mentions the lady with the board-brimmed hat who was always dead-heading her roses. My grandmother fastidiously attended her roses and rarely ever went out of the house without a hat (although is wasn’t broad-brimmed, that would be too glamorous for my Granny!) Some of my early memories of her are her asking me to “just go over there dear and dead-head that rose would you please?” She was born around the same time as Daphne, 1903 and interestingly, also went to a French Finishing School. I wish I could have heard the conversations they must have had! Apparently they knew her quite well and she would have undoubtably taken tea on the Veranda at the front of the house. 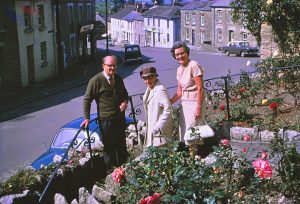 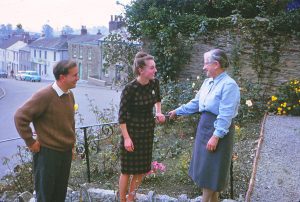 My Grandfather helped to run The Old Cornwall Society which was in those days based in Tywardreath church. I think there is a branch of this society still running, based in Par. The society was created to try to hold on to the old Cornish beliefs and ways of doing things. We understand that du Maurier used the society to help her research her locally based novels such as The House on The Strand, Castle Dore, Jamaica Inn, Frenchmen’s Creek and others. The Old Cornwall Society is maybe how my grandparents became acquainted with du Maurier, or maybe it was just through passing, as everyone in Tywardreath is very friendly and people do tend to stop and talk.

By now you will probably know that Tywardreath means ‘ The House on the Strand ‘, which means ‘the building at the side of the shore’. Centuries ago the sea used to come right up into the village, before the mining works silted up the coastline and Par became the flat, inhabited area which now borders Par Sands. There is a map inside the cover of The House on the Strand.

You will discover should you stay at The Gables, the ancient barn at the back of our property and where we house the full size table tennis table for guests to use. It is a listed building. We know by just looking at the roof timbers inside that these are circa 12© which is very exciting and a bit of a responsibility too.

The novel The House on The Strand, with its drug-induced time travel theme takes the reader back to happenings in the 14th century, all very loosely based on some factual elements, which can be traced through old historic records. I think it’s a bit like a Dr Who story! Daphne du Maurier researched her material meticulously and she would have seen the barn at The Gables. In those days my grandfather use the barn as his studio and exhibition area for his paintings. We also have some of the relics of the old French Priory in our garden, which have lain hidden for centuries, and can be discovered by guests if they look very carefully. I am sure the ancient ruins and relics here would have inspired her novel.

The Wikipedia information about The House on the Strand: 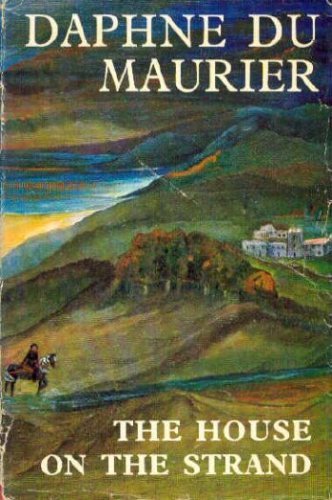 The House on the Strand is a novel by Daphne du Maurier. First published in 1969 by Victor Gollancz, it is one of her later works and had a jacket illustration by her daughter, Flavia Tower.[1][2] The US edition was published by Doubleday.

Like many of du Maurier’s novels, The House on the Strand has a supernatural element (though in this case, it can also be accounted as science fiction). It is concerned with the ability to mentally travel back in time and experience historical events at first hand – but not to influence them.

It is set in and around Kilmarth (where Daphne du Maurier lived from 1967) near the Cornish village of Tywardreath, which in fact translates from the Cornish language as “House on the Strand”.

The narrator, Dick Young, has been offered the use of Kilmarth, the house of his biophysicist friend Magnus Lane, in Cornwall. He also agrees to act as a guinea-pig for a drug Magnus has developed.

On taking it for the first time, he finds that it enables him to enter into the landscape around him as it was during the early 14th century. He becomes drawn into the lives of the people he sees there, particularly Lady Isolda Carminowe, and he is soon addicted to the experience.

Within the landscape Dick is compelled to follow Roger, steward to Sir Henry Champernoune, Lord of the Manor. Roger hides his enduring love for Isolda until the day he dies, and Dick comes to share this love.

Each visit corresponds to a key moment in the story of Isolda and Roger. Each time Dick returns to real time he is more confused; throughout the experience he is unable to interact with Roger or Isolda. Any attempt to do so brings Dick crashing back to the present in a state of nauseous exhaustion. (The drug has other dangers in that following Roger means that Dick walks unaware through the modern landscape with all the danger that entails.)

His wife, Vita, and stepsons join him in Cornwall and are worried by his bizarre behaviour. It is made clear that Dick does not truly love his wife, and certainly does not want to act as father to her sons—which makes plausible his increasing desire to escape into the past.

His friend Magnus intends to join Dick but before he does so is killed in what seems like a bizarre accident or suicide—struck by a train whilst straying onto the local railway track. Dick knows the truth, that Magnus was under the influence of the drug; this makes the inquest difficult.

Dick’s second to last trip ends with him attempting to attack a woman named Lady Joanna in the 14th century, but in reality attacking Vita. She and her children hide from him and he contacts a doctor who helps to wean him from his addiction to the drug. Dick explains the power of the drug and the doctor has the drug analysed and reveals its extremely dangerous nature to Dick. However his addiction is such that he takes the last remaining dose soon after.

Dick’s last visit to the 14th century culminates in Roger confessing his love and the fact that he ensured that Isolda died pleasantly rather than succumb to a worse fate. Roger dies and Dick wakes. Since both Roger (his doppelganger/receptor) and Isolda are dead, Dick has little incentive to return to the other world, but in any case there is no drug left to ease his passage there. As the book closes Dick attempts to pick up the phone but suddenly finds he is unable to grip it.

The ending is ambiguous: is Dick dead, paralysed or simply collapsing? Daphne du Maurier said of it: “What about the hero of The House on the Strand? What did it mean when he dropped the telephone at the end of the book? I don’t really know, but I rather think he was going to be paralysed for life. Don’t you?”

A little history about my Grandparents:

My Grandfather, Edward Norman Menhinick, my Grandmother Lilias Kathleen Menhinick né Gloag and her unmarried sister Josephine, lived at The Gables after moving from Chigwell, Essex. Prior to this they had lived in Calcutta in India where my grandfather helped set up an Indian Insurance Company. Before India he had fought in the First World War in the Light Infantry and survived fighting at both Galipolli and The Somme.

Whilst in India, my grandmother gave birth to two sons, though she was shipped back to England for the birth of each. Her eldest son Gordon Alistair Menhinick is my father. He had four daughters and I am the eldest. His younger brother Oliver was tragically killed in a car crash in 2013. Oliver was an honoured horticulturist, MBE, and it is he who is partly responsible for many of the beautiful and unusual shrubs and trees at The Gables, as I believe he spent much time there during his 20s. His greenhouse still stands there (just about), and one day I will renovate this completely in his honour.

My grandfather was a keen artist in his retirement in Cornwall, and had many exhibitions in Fowey, both indoors and outdoors. It’s a tradition that still holds true in Fowey today. 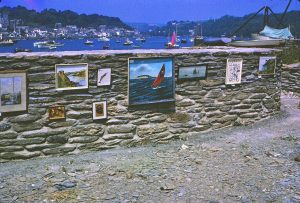 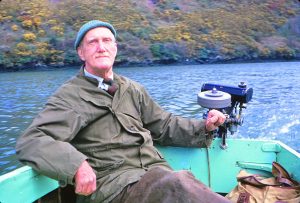 My Grandmother, a Gloag, was a very interesting character too. the youngest of seven children, her grandfather was Matthew Gloag of the Grouse Whisky company. We don’t have much connection with Grouse Whisky anymore, apart from I think my father has a few silver trinkets inscribed with Matthew Gloag. She was a keen watercolourist and while they lived in India she painted many beautiful sketches. You will find one of them hanging in The Gribbin Lounge at the back of the house.